The concept: “Creating new music – innovative and marketable, yet rebelliously challenging, that speaks more to liberation than cloning. Take the energy of early American roots rock and roll, add the complexity of fusion / classical / odd timings, but maintain soul and rhythm”. 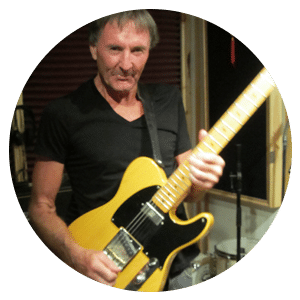 Played in rock / new wave / world beat bands in SF in the late 1970’s and 1980’s while taking music theory courses at San Francsico State University. Subsequently studied with various Bay Area private instructors, some of whom are listed here:

Currently: Studying chromaticsm, particularly as it pertains to the work of Bela Bartok.

After the financial crash in the United States starting around 2007, and doing some investigation into the hows and whys of that, I became convinced that all financial markets in the United States are rigged, and decided I would start this music production company as a means of investment in my own future, and the future of a resurgent United States economy. I have developed relationships with various bay area studio musicians from years of being in and out of the local music scene, so I have a great local talent pool for help in producing cd’s of new music, both players and production personnel.